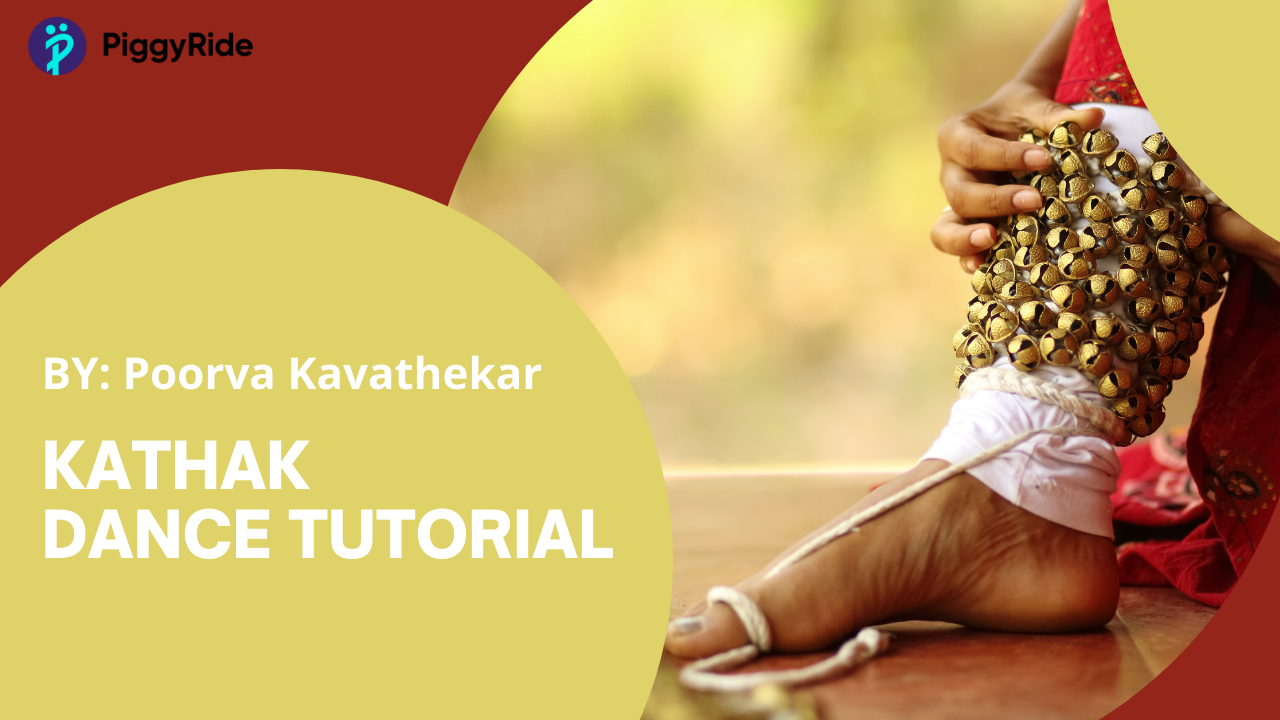 Kathak is a graceful and major classical dance form of the Northern region of the Indian subcontinent. With this online kids Kathak dance video tutorial, your little one can learn all the fundamental concepts through easy-to-follow demonstrations shown by PiggyRide Kathak dance trainer Poorva Kavathekar. The tutorial has covered basic footwork, hand movements, and Namaskar. So what are you waiting for? Express your true self with traditional Indian dance styles.

Poorva is a professional Kathak dance teacher, she has been working in the field of kathak for almost 10 years now. She performed at many dance and drama festivals happening around the city. She won prizes for her solo and duet performances in Lathe Festival which is an intercollege competition. She also participated in many drama competitions and won the best actress awards in a one-act play competition organized by the Sakal group of media. She won a certificate for her acting in a state-level drama competition. Currently, she is working with Matoshree National School, Warje, Pune.