Akash Dwivedi - one to one tutoring - PiggyRide 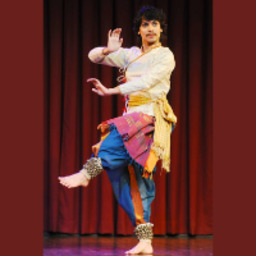 Akash Dwivedi is a young and bright Kathak Exponent with a perfect stage presence and attractive personality. Akash has also acquired skills to be a yoga trainer too. He started his initial grooming training in Kathak from Guru Raksha Singh David and completed his advanced training under Pt. Jai Kishan Maharaj and has left no stones unturned. Bachelor's Degree holder in Science from C. Sh. J. M., Kanpur University has completed his Post Diploma from Kathak Kendra, Alankaar from Gandharv Mahavidyalaya, and M. A. in Kathak Dance from Indira Kala Sangeet Vishwavidhalaya. Kathak is not only the field which Akash has covered but he is an artist too, who have been graded 'A' from IGT Bombay in painting. Graded Artist from Doordarshan and Scholarship holder from National Institute of Kathak, New Delhi has also worked as an intern in Kathak Kendra, New Delhi in the year 2018-19. Akash has also performed with Kathak Kendra's Repertory. Not only this but Akash is also known for his heart taking solo and group performances, who have performed at various prestigious festivals like 'Kathak Mahautsav', 'Malhar Utsav', 'Sharad Utsav' performed 'Kumar shambhav ballet' in the presence of President of India Pranab Mukherjee to name few. Conducted several workshops and judged competitions nationwide.

Frequently Asked Questions
How does PiggyRide Care work?
How do I find a tutor?
How are the classes held?
How do I book a class?
1 reviews
5