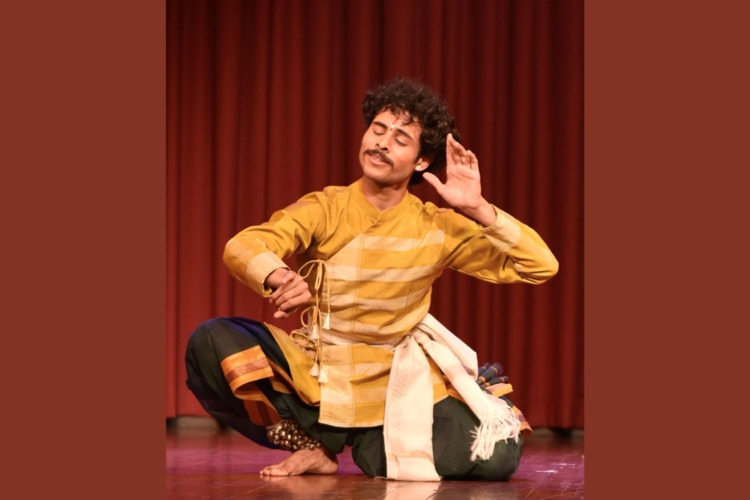 Ravi Prakash is a skilled Kathak artist of Jaipur Gharana and a disciple of Smt. Yamini Sharma ji and Pandit Rajendra Kumar Gangani Ji. He has done post-graduation from the National Institute of Kathak Dance (Kathak Kendra), New Delhi, and a Master in Kathak Dance from Indira Kala Sangit Vishwavidyalaya (IKSV), Khairagarh. He has received a CCRT scholarship in Kathak Dance from the Ministry of Culture, India, and is a graded artist of Delhi Doordarshan. Ravi Prakash has performed extensively at major functions as a soloist and as a group performer. Khajuraho Festival, Sanskrit Arts Festival, Bodh Festival, Kalarang Samaroh, and some compositions by gurus like Samagam, Rang Tarang are some of his notable performances. He has given some Kathak dance workshops including a workshop organized by SPIC MACAY. To promote the values of Indian classical dance Kathak among the youth, He is teaching Kathak since 2011 in his Kathak institute "Agam Ek Yatra" and is working as a co-convenor in the "Bihar Arts and Culture Cell" Bharatiya Janata Party.