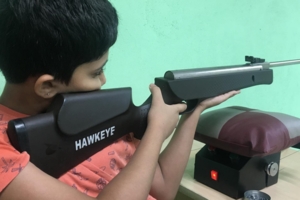 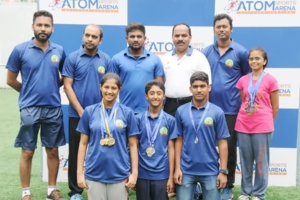 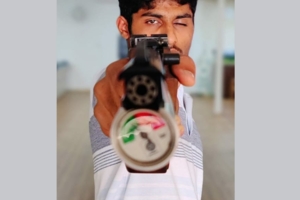 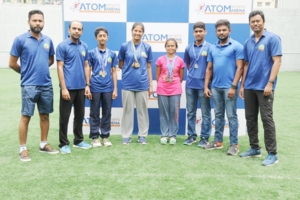 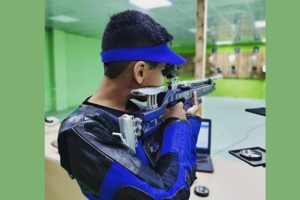 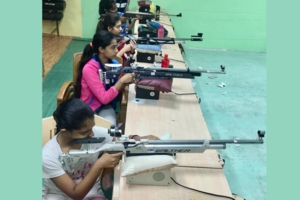 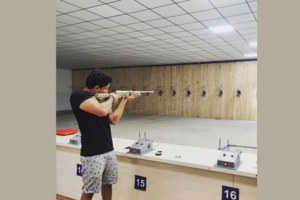 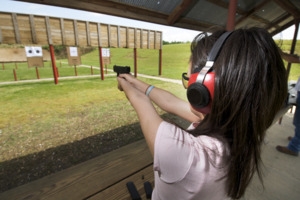 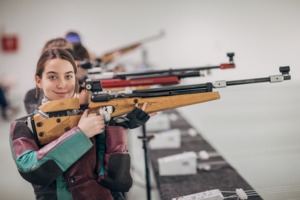 Shooting sports is a collective group of competitive and recreational sporting activities involving proficiency tests of accuracy, precision and speed in shooting — the art of using various types of ranged firearms, mainly referring to man-portable guns and bows/crossbows. Shooting as a sport has been practised for hundreds of years in European countries, with some German shooting clubs dating back more than 500 years. The popularity of the sport grew in English-speaking countries with the formation of the National Rifle Association in 1959, which originally met in Wimbledon, London, and the National Rifle Association (USA) in 1871. The first shooting clubs were formed by German-speaking peoples in the 13th and 14th centuries. Membership was limited to men only. At first, bows and wheel-lock muskets were shot from the standing position, but by the 16th century, firearms with rifled barrels were used in public matches. Early club competitions were festive one-shot matches fired at elaborately painted wooden targets. Matches and shooting festivals for one or more clubs were routinely held on New Year’s Day, religious holidays, and other special occasions. Prizes of gold and money were frequently awarded.
There are 15 events in the Olympic programme, divided into three different groups: rifle, pistol and shotgun. The rifle and pistol competitions are held on shooting ranges, where marksmen aim at targets at distances of 10, 25 and 50 metres. In the shotgun event, competitors shoot at clay targets propelled at a series of different directions and angles. If strength and fitness aren't your forte, shooting requires composure and enormous skill - a real test of your self-control. Shooting has been an Olympic sport since the first modern games in 1896 and has a history of providing intrigue and drama.
And with a vast array of disciplines, encompassing various guns, targets and distances, maybe you should pull the trigger and give shooting ranges near you a try? Shooting is a tense sport that requires immense reserves of skill, concentration and nerve. Strength, stamina, hand-eye coordination and fine motor skills are all improved by taking part. As shooting events rely on mental power, people of all ages can compete against each other on equal terms - the oldest Olympic champion was Sweden's Oscar Swahn, who won gold in Stockholm, 1912, aged 64! In the shotgun event, competitors are required to shoot at moving clay pigeons with, you guessed it, a shotgun!
With rifles, competitors shoot at a set target from either 10, 25 or 50 metres, with points awarded for a shot's proximity to the centre, much like archery. The pistol event follows the same format as the rifle one, except with pistols. According to British Shooting, disabled people currently make up 25% of recreational shooters - a number that they are committed to increase further. Due to the wide range of guns available for use, there is no real age limit on when people can start shooting. And, as strength isn't important, if you're good enough you'll be able to compete at whatever level your skill warrants!