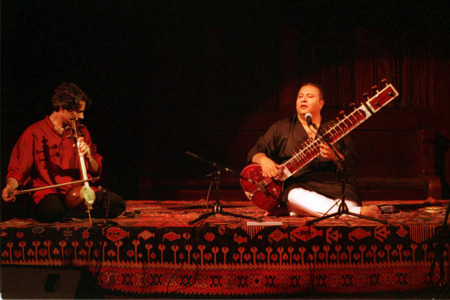 Ghazal Singing
By Dance and vocal classes by Harsimran kaur

The ghazal is a form of amatory poem or ode, originating in Arabic poetry. A ghazal may be understood as a poetic expression of both the pain of loss or separation and the beauty of love in spite of that pain. The ghazal form is ancient, tracing its origins to 7th-century Arabic poetry. The ghazal is a short poem consisting of rhyming couplets, called Sher or Bayt. Most ghazals have between seven and twelve shers. For a poem to be considered a true ghazal, it must have no fewer than five couplets. Ghazal couplets end with the same rhyming pattern and are expected to have the same meter. Ghazal is strictly based on a defined poetic meter from beginning to the end, whereas a song is based on a tune that can have a different meter in a single song. A particular Ghazal can bring several different thoughts in all of its couplets but in Geet, it's not possible. The Urdu Ghazal is a literary form of the ghazal unique to South Asia. A ghazal is composed of ashaar, which are similar to couplets, that rhyme in a pattern of AA BA CA DA EA (and so on), with each individual she'r (couplet) typically presenting a complete idea not necessarily related to the rest of the poem.
The ghazal originated in Arabia in the 7th century. It was spread into South Asia in the 12th century by the influence of Sufi mystics and the courts of the new Islamic sultanates. Ameer Khusrow (1253–1325)of the 13th century is considered as the first Urdu poet who made it popular.
Because of its comparative brevity, thematic variety and suggestive richness, the ghazal soon eclipsed the qasida, and became the most popular poetry form in Persia. Much like Arabian ghazals, early Persian ghazals typically employed more musical meters compared to other Persian poetry forms. There’s no reason why you wouldn’t want to explore this beautiful artform which transcends time and language. Explore ghazal and the different courses offered regarding the subject today.