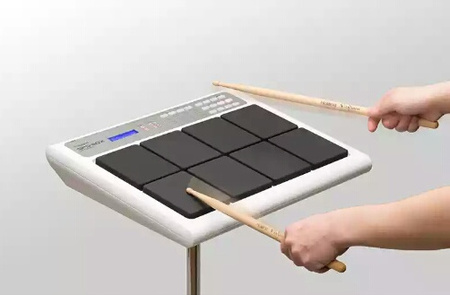 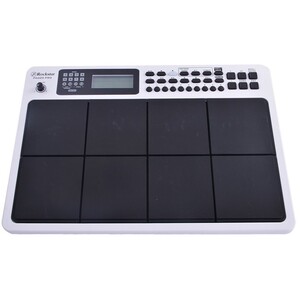 In a simple language, an Octapad Instrument is an electronic percussion instrument which has eight rubber pads on a rectangular surface. These rubber pads produced sounds when they struck on. Electronic percussion is a revolution to percussion instruments. Octapad is also known as pad drum or musical pad. It’s like an electric drum and higher end ones can be as loud as acoustic drums!
The first Octapad Instrument was invented in the 1970s by Graeme Edge, the drummer of the popular band- Moody Blues. An Octapad is very easily portable. It’s easy to carry and easy to fit. Using an Octapad, you can play 100’s of different sounds.
It has become the go-to instrument for learning drumming without actual drums. Recent research indicates that drumming accelerates physical healing, boosts the immune system and assists in releasing emotional trauma. Drumming has a positive effect on anxiety, grief, fatigue, depression and behavioral issues. Nowadays, the Octapad is becoming a necessity for musicians as they can play along to any genre of music just using the Octapad.
Playing the Octapad for kids allows your kids to develop your child’s analytical powers and your kid’s artistic sense. Depending on their age and personality, kids have a lot of energy. Instead of running around the house while your kid is trying to make dinner, they could be channeling their energy into Playing the Octapad. It can even improve a bad mood by releasing endorphins. Research shows Playing the Octapad to have a positive impact on cognitive development. Whether it’s listening skills, memory skills or fine motor skills, rhythm training comes with major benefits that can be applied in the classroom. In addition, playing the Octapads requires a lot of energy and as with any physical activity, it helps release negative emotions. Playing the Octapads improves the mood and reduces stress. Playing a piece of music over and over until it is known by heart develops one's memorizing abilities. The ability to concentrate will increase progressively along with your child’s musical skills. Your child gets to learn a wonderful instrument along with picking up these qualities along the way in these online drumming classes.