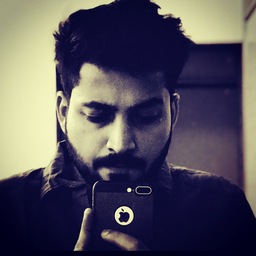 Ashmik Patil has been learning Indian Classical vocals under the guidance of Ustaad Aslum Hussain Khan and Pradeep Pandit Ji for 7 years. He has completed diploma in music production from Swarnabhoomi Academy of Music (Chennai) under the guidance of Mr.Barry Hogan. Has learned western classical vocals under the guidance of a renowned Spanish singer Mili Vizcaino. Ashmik Patil is India’s first Smule Mirchi Coverstar and has won Mirchi Music Award. Ashmik Patil has performed at Mirchi Music Awards 2019 with Meet Bros, Sonu Nigam, and Papon and has been appreciated by the entire music fraternity. Ashmik Patil has cover songs over the youtube channel on Pehchaan Music which has crossed more than Million Views. Ashmik has been working for multiple Bollywood composers and has many songs upcoming and has two singles lined up this year with T Series. Ashmik Patil performs his live set with the very amazing live wire Aditi Singh Sharma and has been traveling the world with his musicians for live concerts and corporate shows. Has playbacks in Marathi Movie named ‘Truckbhar Swapna’ directed by ‘Nitin Desai’ starring ‘Nana Patekar and Makrand Deshpande’? And has been involved in many other projects. Has a very good experience in performing live has his own band named Noesis and performs a soothing setlist of all the latest Bollywood as well as English songs.

Frequently Asked Questions
How does PiggyRide Care work?
How do I find a tutor?
How are the classes held?
How do I book a class?
Current Time 0:00
/
Duration Time 0:00
Progress: NaN%
Playback Rate
1.00x
0 reviews
0
per class
5