Learn Boxing from Online Training Course and Lessons on PiggyRide 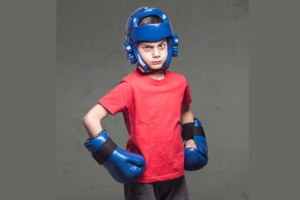 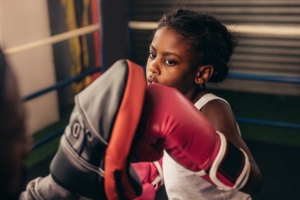 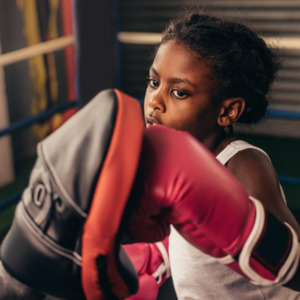 Boxing is a combat sport in which two people, usually wearing protective gloves and other protective equipment such as hand wraps and mouthguards, throw punches at each other for a predetermined amount of time in a boxing ring. There are four generally accepted boxing styles that are used to define fighters. These are the swarmer, out-boxer, slugger, and boxer-puncher. Many boxers do not always fit into these categories, and it's not uncommon for a fighter to change their style over a period of time. A winner can be resolved before the completion of the rounds when a referee deems an opponent incapable of continuing, disqualification of an opponent, or resignation of an opponent. When the fight reaches the end of its final round with both opponents still standing, the judges' scorecards determine the victor. In the event that both fighters gain equal scores from the judges, professional bouts are considered a draw. In Olympic boxing, because a winner must be declared, judges award the contest to one fighter on technical criteria.
While humans have fought in hand-to-hand combat since the dawn of human history, the earliest evidence of fist-fighting sporting contests dates back to the ancient Near East in the 3rd and 2nd millennia BC. The earliest evidence of boxing rules dates back to Ancient Greece, where boxing was established as an Olympic game in 688 BC. Boxing evolved from 16th- and 18th-century prizefights, largely in Great Britain, to the forerunner of modern boxing in the mid-19th century with the 1867 introduction of the Marquess of Queensberry Rules. The modern sport arose from illegal venues and outlawed prizefighting and has become a multibillion-dollar commercial enterprise. A majority of young talent still comes from poverty-stricken areas around the world. Places like Mexico, Africa, South America, and Eastern Europe prove to be filled with young aspiring athletes who wish to become the future of boxing. Even in the U.S., places like the inner cities of New York, and Chicago have given rise to promising young talent. According to Rubin, "boxing lost its appeal with the American middle class, and most of who boxes in modern America come from the streets and are street fighters". A boxing match typically consists of a determined number of three-minute rounds, a total of up to 9 to 12 rounds. A minute is typically spent between each round with the fighters in their assigned corners receiving advice and attention from their coach and staff. The fight is controlled by a referee who works within the ring to judge and control the conduct of the fighters, rule on their ability to fight safely, count knocked-down fighters, and rule on fouls.